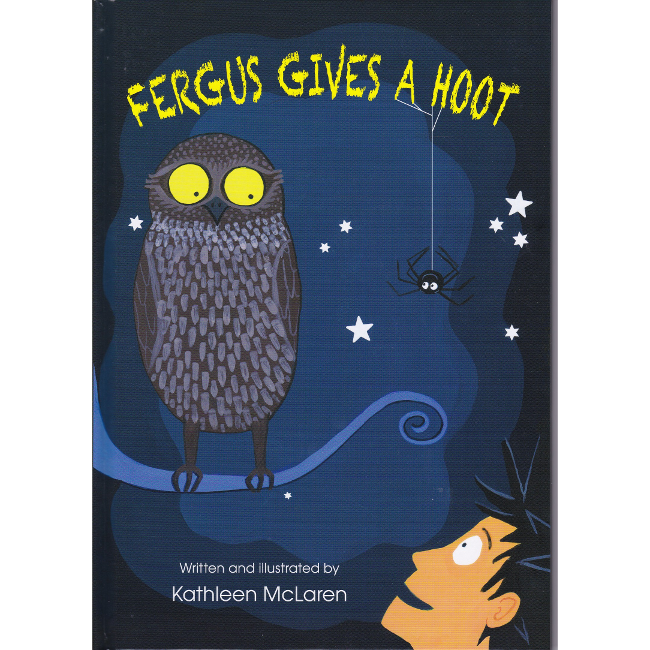 Wildlife activists Owl and Echidna feel sick and sad that so many of their friends and family members are hurt and killed on the roads in their neighbourhood. They want humans to make their roads safer for wildlife. As Owl says “Humans must remember that this is our home too, and that our lives matter!”

Owl and Echidna form a group with like-minded friends in order to tackle the problem. They come up with a clever plan that involves planting a very special seed in a special place…

This proves to be quite a tricky task so they ask human wildlife activist, Fergus Fleegelbaum, to help. Fergus is fearless and determined, but will he succeed in carrying out his part of their clever plan to make roads safer for wildlife?

Tasmania has been dubbed the road-kill capital of the world. Our state has the highest number of native animals killed by vehicles in Australia. Every year about half a million marsupials, birds and reptiles are killed on Tasmanian roads. But that’s only an estimate because after they’ve been injured, many animals move away from the road to die, or are eaten by scavengers. The actual number could be closer to one million. Long disturbed by this fact, primary school teacher, Kathleen McLaren decided to write a children’s book on the issue.

Ms McLaren said “It was a delicate balance to raise the subject of roadkill in a children’s book and to make the story enjoyable and (hopefully) even amusing in parts. I wanted also to demonstrate that it’s good to care and feel motivated to take action.”

‘Fergus Gives a Hoot’ is a children’s book dedicated to the thousands of wild animals injured, maimed, traumatised and killed on Tasmanian roads; also to the wildlife rescuers, carers and veterinarians who give their time and energy freely to rehabilitate the survivors; and to the scientists and educators working to prevent this unacceptable and unnecessary slaughter.

There are no reviews yet.